Our strategy that lead to a successful parachain procurement.

Any unclaimed rewards from the crowdloan will be transferred to the Picasso treasury, via a governance proposal, three months after the crowdloan vesting period is concluded

Composable Finance has won the 13th Kusama parachain auction slot, raising 115,017 KSM and successfully securing a parachain to build out and deploy the Picasso network. Crowdloan participation was capped at 200,000 KSM and the crowdloan period will total 48 weeks, broken down into 8 lease periods of 6 weeks each. 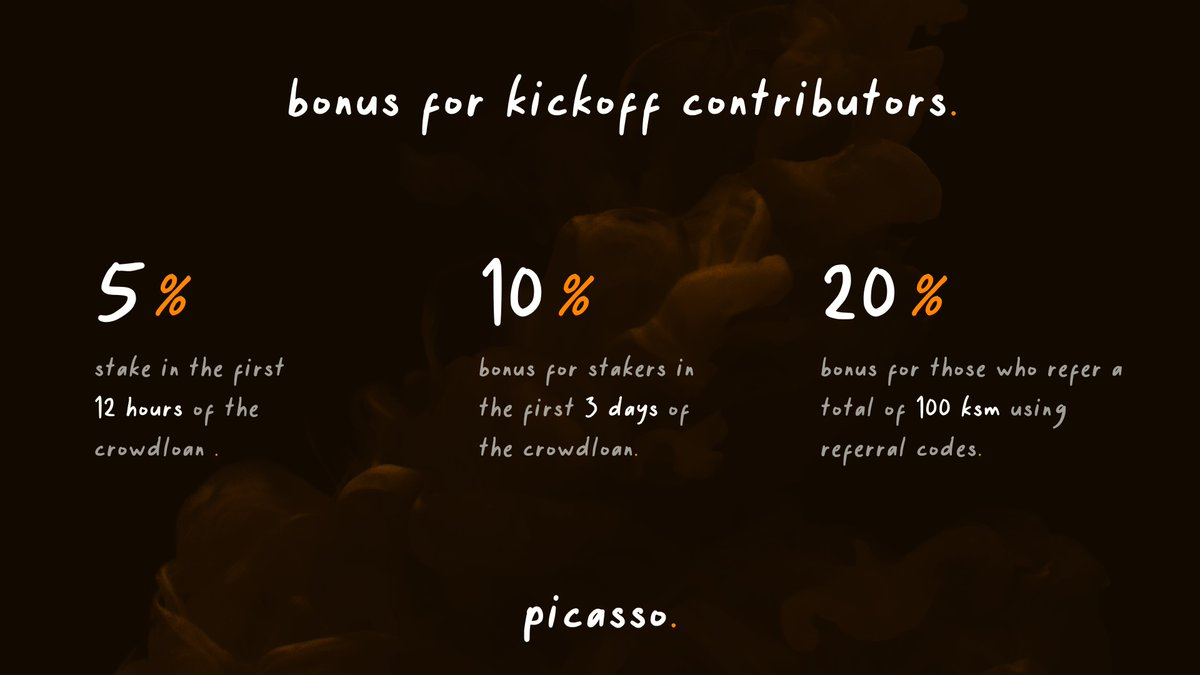 We implemented a referral program where users were able to generate referral codes and obtain a 20% bonus on their PICA tokens if they brought in other users contributing a total of 100 KSM or more.

Bonus to Prior Stakers​

Within the 30% PICA rewards for crowdloan participants, 5% is allocated as a bonus to contributors who previously staked in our crowdloan, and restake the same amount or greater. The bonus will be subject to the amount contributed to the prior round.

You can find the purchase/sell logs corresponding to the Ethereum address for stablecoin contributors on our Github. They catalogue all of the Picasso stable coin conversions to KSM via TPS (the OTC desk of 3AC).